Stargate, and by its association, LayerZero, caused quite a stir on launch earlier this year. From hardcore tech enthusiasts to some of the biggest VCs in the game, excitement was rife whether you were focused on the possibilities this new technology created or the money to be made off of it.

Stargate Finance is the safest and most popular EVM cross-chain bridge. It supports ETH, USDC, USDT, DAI and BUSD.

Cross-chain swap fees as low as 0.1% per trade

Stargate Finance is a fully composable native asset bridge, making cross-chain liquidity transfer a seamless, single transaction. Transferring liquidity between networks has become something many of us now take for granted, however, it wasn’t too long ago this was a far-off dream. It has allowed users to experience a wealth of dApps, no matter their network origin — encouraging diverse ecosystems, once segregated, to interact with one another. However, passing a native asset from one blockchain to another doesn’t come without its challenges — overcoming this is what we call ‘bridging’.

Why Stargate is Better than other Bridges

Previously, bridge solutions would have to sacrifice one of these factors in their design. Usually favouring to utilise a wrapped token rather than the native asset where the deposited native asset is locked on the source chain, and a wrapped asset is minted on the destination chain. Additionally, bridges of old would need to bootstrap liquidity on each new integrated chain, limiting expansion. Stargate, on the other hand, shares a unified liquidity pool across chains ensuring all sides have sufficient liquidity.

The ability for Stargate’s pool to be in consistent harmony is due to their Delta algorithm, a novel resource balancing algorithm that is the backbone of their solution of the bridging trilemma. This is what puts them ahead of their competition allowing them to integrate into diverse networks whilst scaling more quickly and efficiently.

What Networks is Stargate Available on?

See below for the assets available on each of the Stargate-operated networks:

The protocol token, STG, is available on all of the above networks.

What Yields can I earn on Stargate?

For every non-STG transfer through the protocol, a 0.06% fee (6 bps) is taken. These fees are then distributed as follows:

This fee structure was voted on in this SIP.

Stargate Finance offers single-sided vaults for liquidity providers to earn yield. Currently, the yield available to these LPs is in the form of STG emissions, at 5-10% APY depending on the asset and chain. These ongoing emissions can be seen here.

Due to this incentivised liquidity mining, there have been large amounts of sell pressure on the STG token as LPs sell their rewards. However, the introduction of the vote-escrowed model (veSTG) has attempted to stifle this.

STG tokens can be locked for up to 36 months in order to receive veSTG, the protocol’s governance token. This allows you to participate in the control of the DAO through voting power as well as earning 1 bps from transaction fees. Read more about the governance model here.

As the protocol operates and swaps are incurred across networks, naturally, the balances on each destination chain are drained (by withdrawing users) whilst those on source chains are increased (by depositing users). Therefore, rebalancing rewards and fees are in place to incentivise and disincentivise the rebalancing of pools. Rebalancing fees are taken from users who move balances further away from their target and are sent to a reward pool. This pool is then used to distribute rewards to participants who make a ‘refilling’ transaction, proportional to how close the balance has moved towards the target. Depending on how far from the target a pool sits, the treasury fee flow will also be used to incentivise rebalancing.

Stargate has had three separate audits from some of the biggest names in the space — Quantstamp, Zelliz, and Zokyo. On top of this, in April they announced the largest-ever bug bounty program, with a top award of $15M on both Stargate and LayerZero. The protocol itself is only controlled by multi-sigs which can be found here. See the end of this article for what these multi-sigs are capable of carrying out.

Furthermore, earlier in the year, a 2-phase mechanism in the Relayer for Stargate was implemented:

Overall, Stargate Finance is one of the best decentralized bridging protocols available to on-chain users across a variety of EVM networks. Their platform has one of the most secure interoperability architectures facilitated by the team behind Layer Zero labs, making them one of the safest options to move value between chains.

The Stargate Finance token $STG is also an incredibly interesting investment opportunity as it accrues all of the value from transactions on the platform.  This not only provides token holders with a way to participate in the success of the protocol, but also insulates them against any potential issues that may arise.

As decentralized finance protocols continue to grow in popularity, Stargate Finance is positioning themselves to be a major player in this space. With their experienced team and innovative platform, they are well on their way to becoming a leading protocol in the industry.

For more information on Stargate Finance, be sure to check out their website and follow them on social media. Subscribe to our weekly email list to get exclusive insights
into the Crypto, DeFi and GameFi markets. 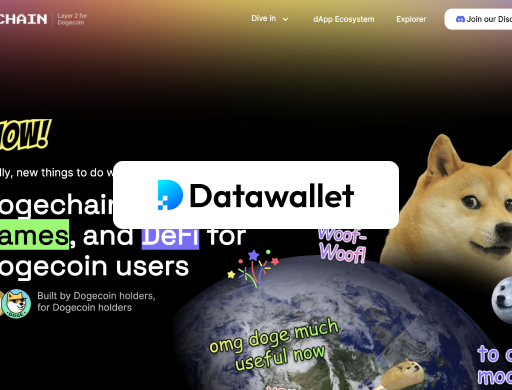